This is part 2 in the series Migrating a Monolithic SaaS App to Serverless — A Decision Journal.

Last time round, I made my first big decision around how to proceed with the migration. I decided to rewrite the API code from Express.js to API Gateway/Lambda before migrating the database away from MongoDB.

My first preparatory task was to create 2 AWS accounts for hosting the new resources in isolated dev/staging and production environments. I’ve completed this and documented it here.

Before I decide the next item to tackle, here’s what the current architecture looks like: 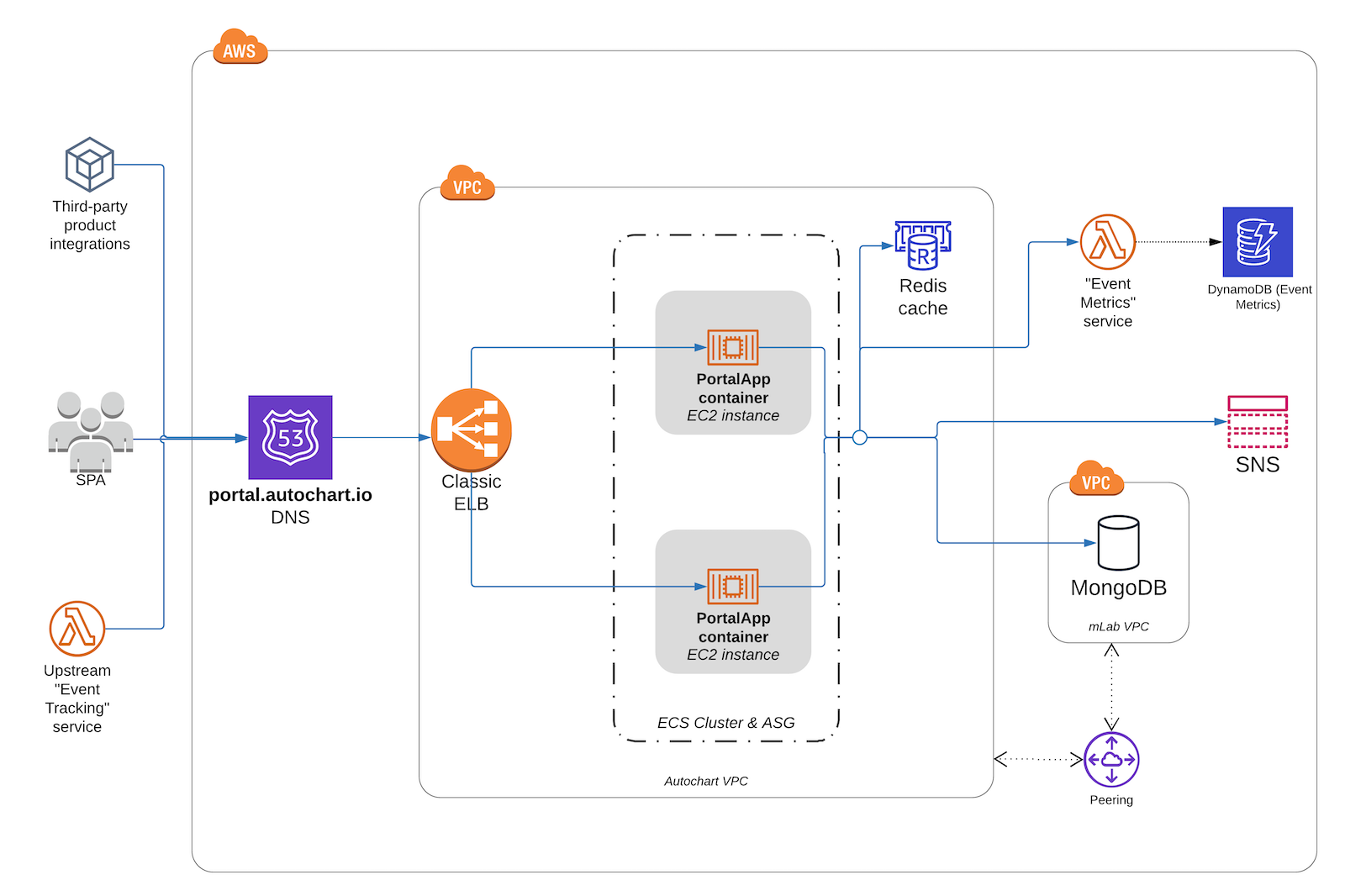 The PortalApp container resource is a Docker container that runs a Node.js process which hosts the entire Express.js legacy API. The vast majority of downstream calls from it are to the MongoDB database, although a few API routes call on to other services such as Redis. Upstream from the API are:

The contracts of the REST API endpoints used by the SPA (1) and third party integrations (2) cannot be changed, although there is more flexibility in changing the interface to the internal API calls (3).

One of my constraints is that I need to migrate in small chunks. A big bang cutover is not an option. So to do this, I need to identify what these small chunks are and how to deploy each chunk to production. Put another way, there are 2 questions I now need to answer:

I’m not immediately sure which one of these makes sense to attack first. Is one dependent on the other? Let’s dig a little deeper…

I’m going to start with Option 2, as I should be able to get this done pretty quickly.

Where to do the interception?

There are 2 general approaches I could take here:

For approach #1, the benefit here is that all existing requests (which aren’t yet being migrated) will all come in through the same front door they’ve always done. The obvious candidate here is to use the Elastic Load Balancer.

However, the current architecture uses a Classic ELB and path-based routing is only supported using Application Load Balancers. Switching this out to an Application ELB seems risky as all new requests would now be going via a new component (negating the main benefit of this approach).

The other option is to update the Express app to forward on new requests. But this seems very messy and means all requests would still be constrained by the EC2 instance capabilities. I don’t want to have to deploy a new version of the Express app every time I have a new route ready to migrate.

Which leaves approach #2. The obvious choice here is API Gateway as it allows path-based routing and is what I would be using anyway for the new serverless API. The downside is that it’s a slightly bigger change to the existing architecture than I’d like (since all requests will now be going through a new front door). But I think this is an acceptable risk that I can mitigate with some simple testing and is easy to rollback if something goes wrong by just pointing the DNS back at the ELB.

So here’s how the request routing will flow: 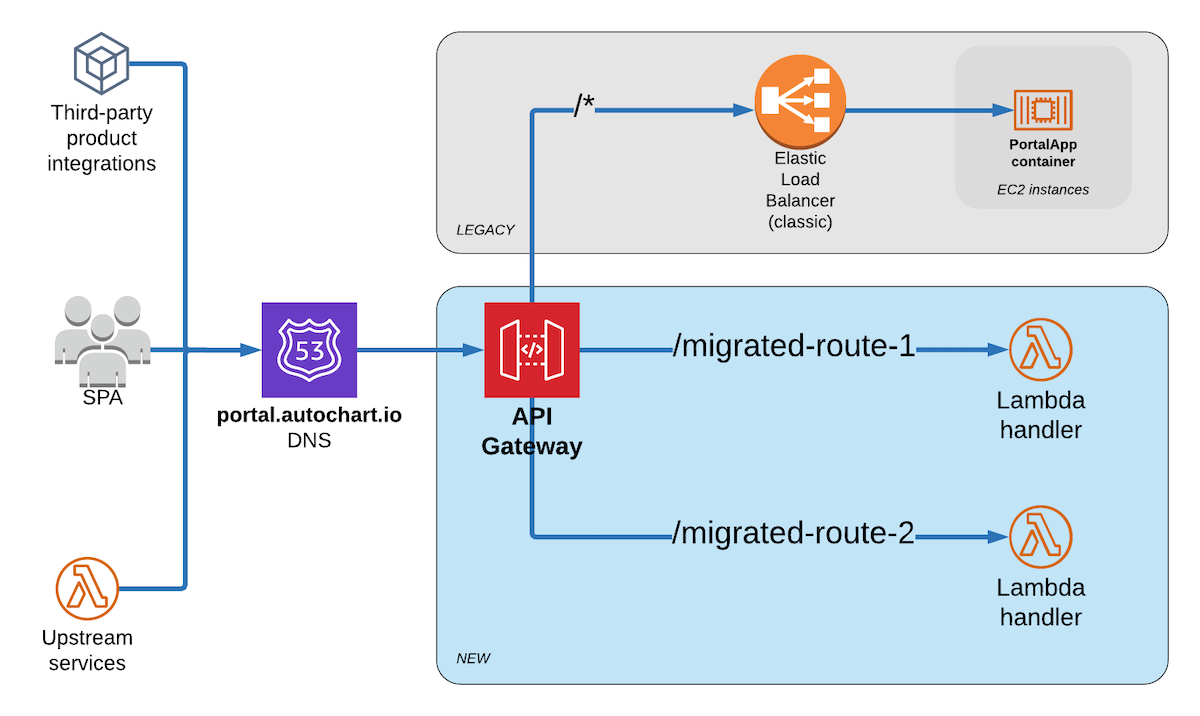 Now that I’ve decided to go with API Gateway as my front door router, my next step will be to deploy a gateway instance with a single test route and Lambda function handler, then update the DNS entry to point at it. I will be using the Serverless Framework to manage the routing configuration and make deployments easier.

I’ll update you on this in my next post, by which time I should have my first piece of migrated code in production. 🤞