When the announcement of the new AWS Virtual Waiting Room crossed my social media feeds last week, my interest was immediately piqued as one of my clients has an upcoming requirement for such a feature, and since they’re already on AWS, this could be ideal!

However, once I read the release blog post, my excitement quickly subsided when I realised that this is not in fact a new managed service, but rather a set of open-sourced CloudFormation templates and Lambda zips that you have to deploy yourself. And the architecture that these templates define, as you might expect, is pretty complex: 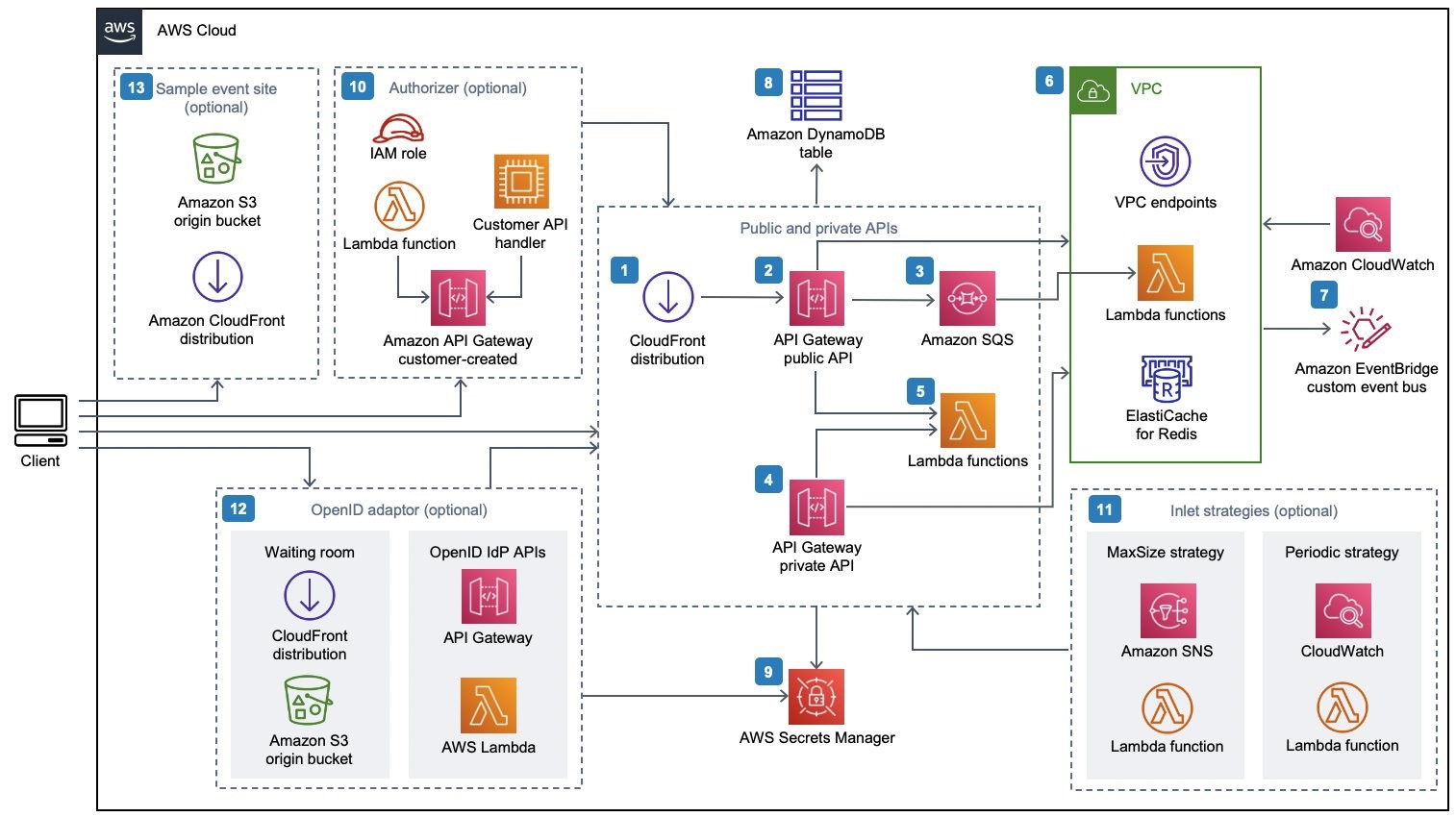 This solution is effectively AWS doing the development of a service and handing over operations of it entirely to your team. Of course, deploying CloudFormation templates isn’t that hard and this could tempt some teams in, especially those who are reluctant to venture outside the AWS walled garden when choosing managed services. “Here’s a pre-made stack that gives us exactly the functionality we need!”

But the initial CloudFormation deployment is only the start of it. You’re now on the hook for:

And because your team didn’t develop this in the first place, all of the above are harder since you don’t have any familiarity with the internal architecture and codebase.

Now I’m sure that this particular solution will still be valuable to organisations who have the engineering resources to handle these operational overheads. But this makes me really appreciate what we are getting from managed services and it acts as a good example of something which speeds up upfront development but comes with a significant (albeit delayed) ongoing operational cost.